Ad blocker detected: Our website is made possible by displaying online advertisements to our visitors. Please consider supporting us by disabling your ad blocker on our website.

Adam Kelly has had an interest in electronic music since as long as he can remember. From a young age he loved the music and was very curious about and admired the culture. This led to a passion with all aspects of the lifestyle and in turn led him to attend many of the big festivals and events at the time as well as making the decision to get involved himself in the music production side of things. Fast forward; now, Adam dedicated much of his time throughout the last six years staying involved with and helping to evolve the techno scene with-in the vicinity of Dublin city, Ireland and beyond. He is the founder of the Technotic club night, which was started up five years ago and to date has hosted some of the greatest nights of techno music, among others, in recent years in Dublin. These events focus on showcasing the best in Irish talent, as well as presenting as many of the greatest and most respected international artists in the business, purely with the aim of providing fresh nights of good energy and sheer quality. "The Music" Adam has always had an interest in sound and music. From the young age of fourteen he acquired various editions of electronic hardware from Roland Groove boxes to XP series synths and Korg workstations and spent many years in a local studio learning about sound recording and honing his musical abilities. It wasn't until the age of nineteen that he got his first real taste of live performance in a well known night club in Dublin, where he had frequented very often to see his favourite artists showcase their own work. From there, he caught the bug expressing his work to an audience and soon afterwards, landed his next gig playing at a very well established club night alongside some very well known and respected artists. Throughout the following years Adam has been involved with and showcased his sound with many local, national and international promoters, crews and at their events. As the clock ticked on Adam spent time educating himself with different production techniques with the help of established engineers and artists and thus, he saw it as the right time to add a software element to his studio set-up. Adam's music style has been shaped from his experience with life & sound and influenced by some of the artists he has worked with. Some of the highlights of Adam's career to date have been playing alongside the likes of; Bas Mooy, Grovskopa, Rumenige, Loktibrada, Charlton, Carlos Rios, Glenn Wilson, Crystal Distortion, Ixindamix, Dj Boss, Chris Liberator, Julian Liberator, D.A.V.E. The Drummer. At present Adam is working on various productions and can be seen regularly playing out around the country. He had his first release this year (2010) on the respected Spanish label "New Rhythmic". And one month later, his second release followed from the same label. Following on from that Adam has released his own EP on the legendary Labrynth label. Keep your ear to the ground! 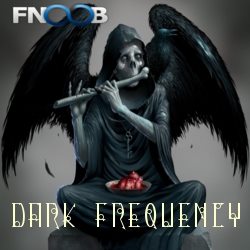