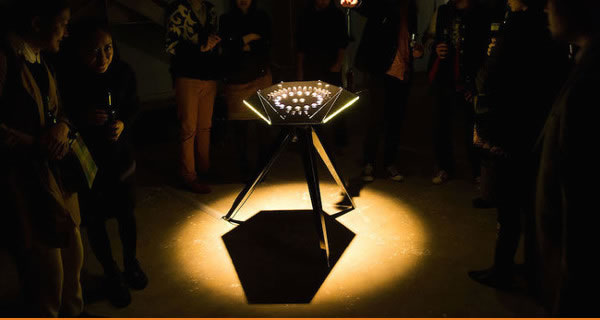 "The definition of this collection of Art and other elements refer to the various ways people communicate in order to persuade and coarse others to share in a particular perspective, ideology or an alternative understanding of the facts at hand. It’s a subject that has been around for as long as man has walked the Earth and also contributed to the way humans have evolved. Believing in something palpable may have been used as a catalyst for additional strength that our ancestors needed in finding greater deeper purpose for fighting nature’s elements to live another day - causes to afirm dominance over our surrounding as they stood up and walked upright beyond their horizons in search of food. First as a matter of coincidence and now in the modern age, we are the beneficiaries of this belief and strength.

Each one of us synthesizes facts as a process in determining the validity of a subject. It is a task that allows us to be able to have judgmental views or positions. And as moral premise directs us as we build our families, communities, countries and species as a whole, we are also left with the task of fact checking, reviewing to understand and con rm things as we detect and perceive them. With this process of “special” linguistics, people have also mastered the dark arts of persuasion. Cajolery at connoisseur levels that be- comes more than just good old fashion and honest convincing, but instead, wizardry of manipulating facts and figures to deceive and outwit others for special interest and control.

Weaponry has always been a reliable form of defense. We use it for good, for bad. In times when dialogue and discussion are not convincing enough! Our favorites have been stones, swords and knives, bullets, missiles, bombs and the ingenious invention of poison of many sorts. Not as traumatizing as immediate reaction to a flesh womb, but the idea of poison as a weapon has more far- reaching implications because the contamination of the mind is a transgression that can be taught and handed down from generation to generation, distributed from one community to the next, infiltrating our every- day lives in ways that distort the basis of facts in order to hide the truth from recognition.

Human history overflows with examples of how the laundering of facts paved the way for some of the stark and most trying times in our past, but it also surfaces in a lot of the good things people have created.

Music has always been used as a weapon. In the mid-1980’s a form of dance music, known as Techno emerged as the need to stand up and speak out intensi ed, technology became cheaper more accessible to the average per- son, giving them the ability to construct a new type of art form and industry from mixing ideas and visions – a genre that is based on like-mindedness and shared perceptions about the World and the degree in which it spins.

From the back to the foreground, the role of a DJ became viewed as some- one that could understand more then most of us – a person that could see into our souls and apply what needed or ll the gaps. Like a modern day shaman that delivers and applies antidotes of rhythm, notes and sounds for what may bene t your mind, body and soul. From this special communication relationship, the needs to address precautionary and even preventive solu- tions are necessary, but still very much in its infancy. Fast becoming more important as an aspect in Techno Music as the genre grows older, wiser as it appeals to more people over time.

This 2nd edition of Weapons addresses perception and how we might view things differently, if we choose to re-focus. Like the affects of what happens when a bomb is dropped, it explores the collateral damage of Techno music and how new types of transmissions are imagined, synthesized and relayed on more progressive and unpredictable terms. As an application, this exhibition proposes only the fallout of actions that took place elsewhere, at an- other time for other clandestine reasons. Nothing in this collection reflects an emergence. Rather, it displays ideas that were dreamt." 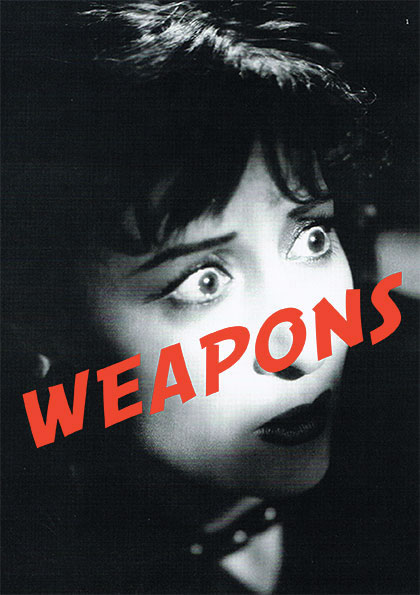