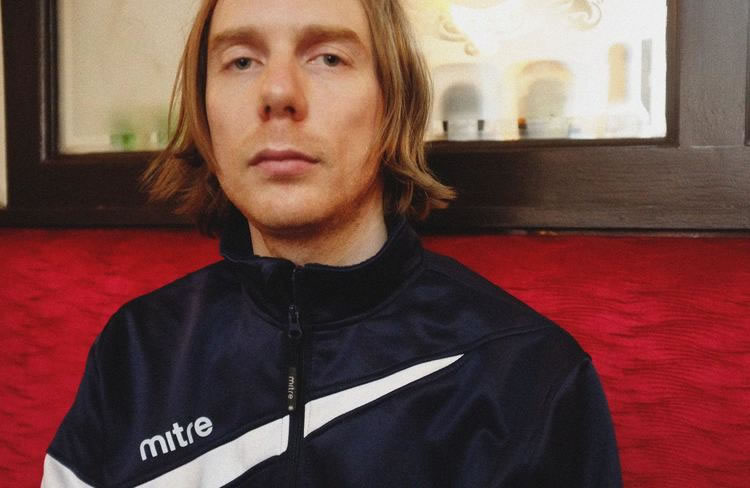 There's something very special about vester koza's music, an immediacy that makes it stand out a mile in the crowded landscape of electronica and bass music. His music is individualist, sophisticated and very beautiful – but there's a groove and instant thrill to everything he does that could only come from lifelong immersion in the dancefloor and unironic love for this country's raving history.

Perhaps it's something to do with growing up in relative isolation from traditional centres of cool, too. Like Aphex Twin in Cornwall, Squarepusher in Essex and Boards Of Canada in Inverness, Matt wasn't surrounded by innovative sounds – he had to make his own entertainment! His upbringing in Cheshire was “just normal northern working class,” he says. “Small town, divorced parents, nobody was particularly musical or artistic or anything, I'd just hear my mum listening to Madonna and Michael Jackson on the radio.” The only musician he knew was his cousin who toured working men's clubs as a singer.

The first time he ever came in contact with music that felt like something more than just background was actually Nirvana. But then he found happy hardcore and the fiercer strains of drum'n'bass of the mid 90s, at the age of 12, and fell for them hard. A boy in the year above him at school had decks - “wobbly Soundlab things from Argos!” – and with a couple of other mates, they would collect and swap Helter Skelter and Dreamscape rave tape packs “that they sold in the backroom of this tiny little shop in the town centre”, and dream of emulating the DJs they heard on them. His favourite tape was a local one – from New Year's Eve '96 at a night called Kinetic in nearby Stoke-on-Trent. He kept his taste for grunge, though, and at 15 got himself a guitar and taught himself to play.

He had little interest in school outside of art classes, and no ambitions in life; music provided all his focus.. For the longest time, this was his life: bedroom DJing, playing in bands, getting wasted, driving around the countryside listening to the rave shows on Manchester's Key 103 radio, rarely actually going out but reading about rave culture in magazines. He left school at 16 and had a succession of dead-end jobs, content enough with this slacker lifestyle, but eventually went to college in Manchester.

There he found his horizons broadened dramatically. “I met guys with long hair with guitars who listened to Squarepusher,” he laughs, “and that's when I started to put the two sides of my life together: and making music, which before that had only been about playing guitar, and the club side, which up 'til that point had just been about enjoying the records. But in Manchester, and then in London where he went on to uni, he started getting his head round computerised music production. “I tried my hand at a bit of everything,” he says, “hip-hop beats-y stuff, drum'n'bass, kind of progressive trance, but none of it sounded like what it was supposed to.

Once he started releasing his own music in 2013, it became all-consuming – to the point where he is only half-joking when he says his obsessiveness about his studio contributed to the breakdown of his long-term relationship: something that is documented on loader mither, and plainly alluded to in its track titles.

But for all that the album is full of sadness and a sense of dislocation, there's also optimism in it. “Breaking up, new starts, first album, looking forward,” muses Matt; “they're all kind of rolled together.” And where many in experimental music who look back to the history of rave music do so with a kind of misty nostalgia for a lost past, vester koza music is as celebratory as it is introspective. “I like music that comes from a real, honest place,” says Matt, and there's no question that his music now is doing that. It's complex, involved, as suited to headphone voyaging as to the dark of the club, and it marks a move towards song-like structures and increased musicality, with his live bass, guitar and synth playing but it's filled with the buzz of excitement that has filled Matt's musical life ever since rave music first provided his way of escaping the routines of small-town life.